During the Renaissance artists attend or perform anatomical dissections as part of their artistic training with the purpose of creating more realistic and expressive artworks.

With these two short animations, I want to bring attention to the incredible anatomical knowledge artists achieved during the Renaissance and , early on, the Classic and Hellenistic periods..

With the first animation, I “dissected” the Laocoon, the Hellenistic masterpiece from about 200 BC. With the second I dissected the David, the Renaissance masterpiece that Michelangelo created in 1501 when he was 26 year old.

The Laocoon sculptural group was rediscovered in 1506 in Rome and had a great influence on Michelangelo’s work who saw it soon after it was excavated from a Roman vineyard.

With these virtual dissections of the Laocoon and Michelangelo’s David I want to demonstrate how every external form on these works corresponds exactly to muscular forms that are accurately positioned on the skeletal structure that can be extrapolated by the correct position of the skeletal landmarks. 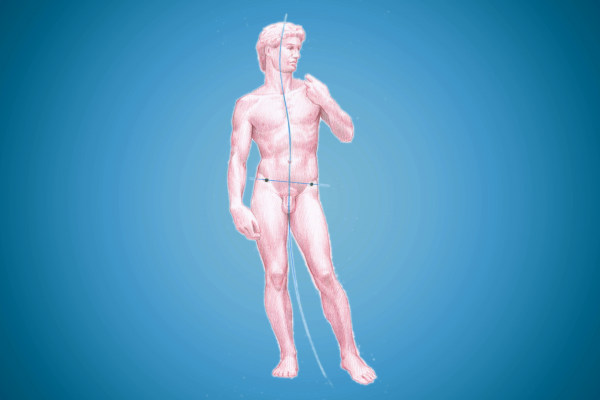